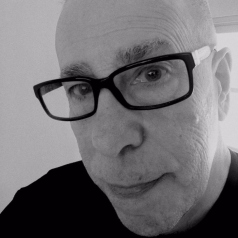 JAMES BACCHI
Black and white photography
About the Artist
James Bacchi is a San Francisco-based Gallerist and Curator. Bacchi was awarded a Bachelor of Arts in Media Studies from Antioch University (Center for British Studies) in 1982. Since then, he has co-founded Galleries in New York and San Francisco, and has guest juried and curated several fine art and photography exhibitions on both coasts. Bacchi has been featured by several publications including; New York Daily News, Manhattan Arts International, San Francisco Chronicle, California Home & Design, Culture Trip, and Art Slant.

Bacchi began his inaugural Mobile Photo Series, #inthesky, in 2015. A portfolio of 16 photographs, each limited to an edition of 7, was released in 2017.